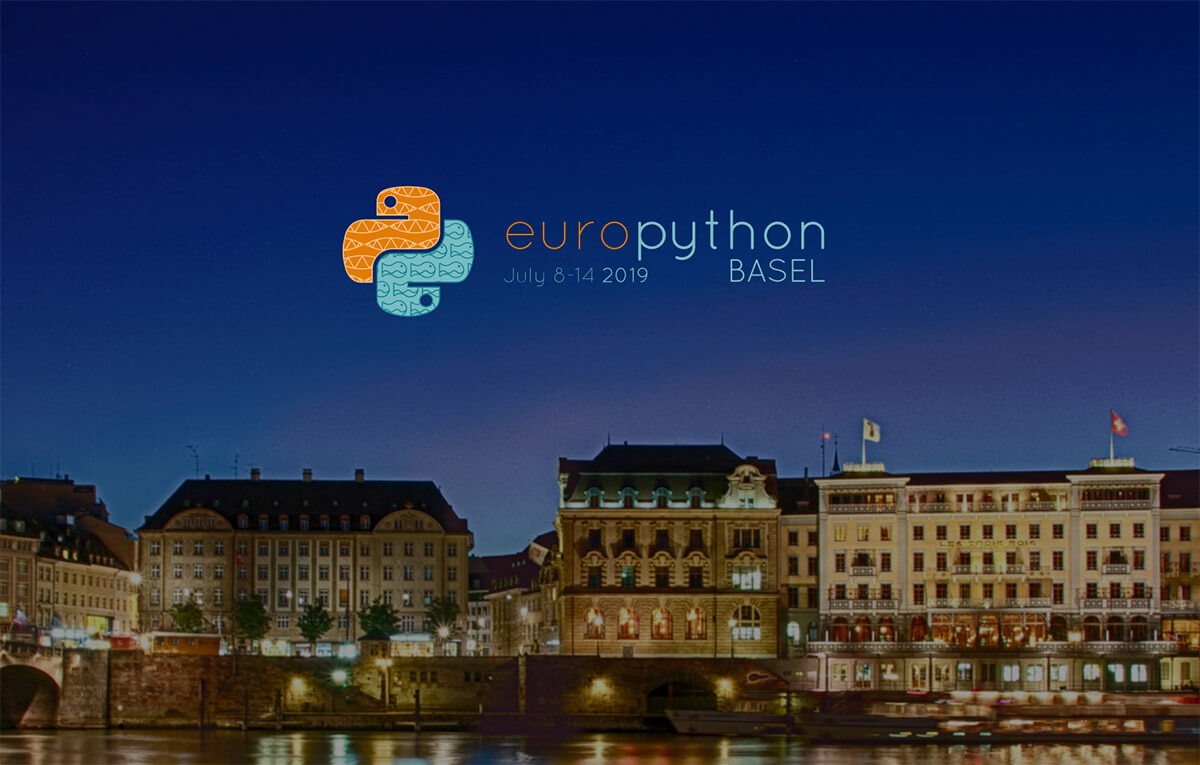 At Stackmasters, I have all the support I could ask for, to guide my journey in software development. My team gives much weight to education. We are always motivated to read through new documentation, study use cases and expand our knowledge daily. After all, most big things come from studying the computing theory.

Training sessions, industry certifications and seminars are shared among the team regularly. It’s not been a long time since a similar experience I had, here in Athens, at Oπen conf.

The time to attend Europython 2019 had reached. I was really excited to take off for my first international conference. And it was going to be full of Python!

EuroPython it was then! A week full of Python, in the beautiful city of Basel, in Switzerland. The European Python community gathering was now opening its gates.

The conference was structured featuring 2 days of training sessions, followed by 3 days of talks and concluding with a two-day code sprint. For sure, the schedule was packed with exciting topics to learn about and even more activities to delve into.

The training sessions were mostly introductory, on topics such as “AI”, “Machine Learning” and “data science”. My work is focused on middleware and web applications’ back-end. So, I conserved some energy for the main conference. It was time to learn more about the conference’s host country, Switzerland. That includes sightseeing and getting familiar with other people’s ways of living. It can be a very educational process for everyone. My “non-tech-related” research included Zurich and the Rhine Falls!

Skipping to the talks, the topics that were discussed were diverse, covering a host of new technologies. While I did come prepared for the parallel tracks and the plethora of interesting talks, I was still surprised with the quality of most of the speeches.

Among the most popular topics in the conference, helping me learn a lot about how Python helps in “Machine Learning”, were “Data Science” and “AI”. There were also talks on software architecture, including service management and testing.

Last but not least, there were talks on actual code, like introduction to various tools and programming libraries – such as asyncio, pytest, PyPy, docker-py and alternatives to command line tools we use everyday to make life easier – and they were extra helpful. The speakers shared methods that utilize asynchronous code execution among many other best coding practices.

I had the opportunity to attend very interesting talks and open discussion sessions concerning the governance of the Python community.

This gave me valuable insights on how the developers’ community is organized; How members discuss and propose new features, which actually follows a quite open format. Let alone how people coming from big organizations – such as Fedora – contribute to our community.

I was happy to find similarities in what I learnt, as compared to parts of the work I do with my team. And I can confess the relief I got, when reviewing the best practices used in modern software architecture. I identified the ways in which we have already architected our cloud management platform.

I did connect with other developers from the community – some of them working for big industry players – to discuss software architecture patterns. This was another validation for the work my team at Stackmasters does.

I was astonished by the variety of people I met there. The ongoing conversation about projects, technology stacks and different approaches to various problems, was exactly what I was looking for. The overall feeling of being a member of such a great community made that big conference count, at least on my part.

I could go on and on about the depth of technical awareness I gained at the conference, the talks I attended and the technologies I got acquainted with. However, that’s not the only point for a conference like this. The chance to meet in person and discuss with other developers coming from all kinds of backgrounds was the most interesting aspect. The Python community rocks!

I would like to thank my team for giving me the opportunity to attend such a conference. Once again, it is proven that the culture at companies like Stackmasters – with solid support by Starttech Ventures – are not alike the ones you would find at your average Greek company.

It goes without saying, of course; I’d like to extend my warmest congratulations to the organizers and sponsors of the event, for having organized everything so perfectly. It was all worth it!